In this post, we give you the best tricks to give amazing explanations during your tour! All these tips are valid only if you take into account the type of travelers you have on your tour, since the more relevant the story, the more involved travelers will be!

Ready to listen to our best gurus’ recommendations? Let’s go!

A guided tour is like a movie. You are going to cover many topics but it’s important for travelers to be able to connect the stops of your tour easily. If you use information you already explained during the following stops, travelers will find it useful and will feel smarter. Things like “Do you remember the building designed by the architect Horta? Well, here we have another example of his work that I am going to explain… ”.

So think of the best way to organize the stops and content of your tour. Most of the time, tours are conducted chronologically. They start with the foundation of the city and end with its current situation. But on a food tour, it could be starting with breakfast and ending with dinner. It is always very important to communicate your structure at the beginning of the tour.

Of course, this can be implemented in each explanation you're going to do, so it's not boring for travelers to listen to you.

BONUS: Storytelling Advice from the Creators of South Park: The But & Therefore Rule (you can easily apply it to your tour explanations) 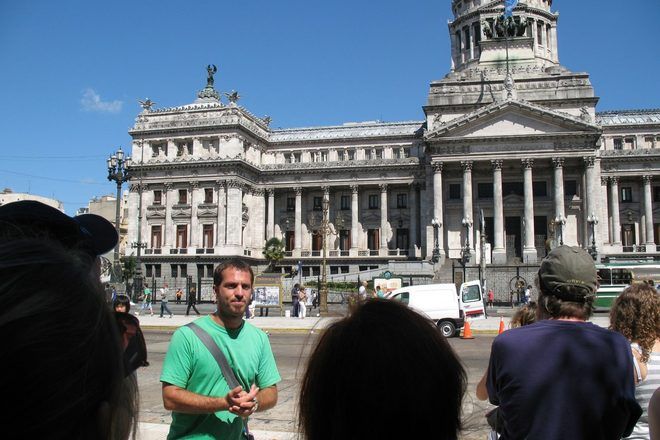 Focus on the message

What’s the main message you want to convey to travelers, what will the travelers remember in the end, the moral of the story, the essence, main idea, the lesson learned, … For example on my tour, when I talk about paella in Valencia, I really want travelers to understand that it’s not only a typical dish but an identity of its own for Valencians, with a  tradition that has to be respected.

Once you have identified the key message, you can remove all the unnecessary details and make sure it doesn’t drag on too long.

Dramatization: strike an emotional side

Now that you identified the key message, think about the emotion you want to convey to travelers. You will see that it’s not necessary to say every time who the architect of this building was, its year of construction, or to list all the secondary characters in a story. Instead, try to contextualize as much as you can. 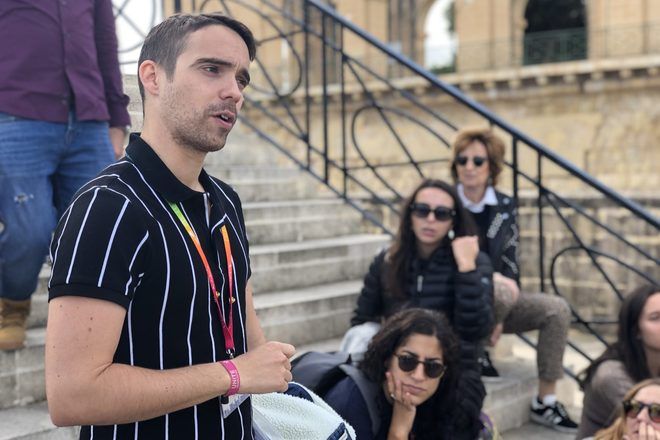 You want to reach the hearts of travelers, choosing the best stories but it’s also very important to know how to tell them! Add some drama, laugh,… Think of the Mexican “telenovelas”!

You only need 3 main ingredients for a dramatic story:

Keep in mind, the words you use and the way you explain with them matter. Make your travelers feel exceptional when they are having this experience with you.

For example, instead of saying: “This is a Gothic style castle and it was built in 1230 by Jaime I. It has a 13,000 m2 park that was designed by José Grande. It was where Carmela, one of his 5 daughters, died in 1233 at the age of 22. ” It’d be much better to say “This impressive Castle was built by Jaime I during the beginning of the reconquest of the area. It’s considered as a jewel of the Gothic style but it’s also where a tragic story took place. One day, his youngest daughter was strolling through the beautiful park when something awful happened …. ” Much better, no?

Each city also has its own lucky monument, such as throwing a coin in the Trevi fountain in Rome. It’s important to include it as it’s very emotional too.

To bring your explanations to life, instead of saying what a famous person did, put yourself in their shoes and speak in the first person as if you were him or her.

For example: Instead of saying “The people of Brussels were very angry and the French king wanted to be forgiven by giving a suit to the peeing boy statue”, a better way of saying it would be “The people of Brussels were very angry, so the French King took a decision and said something like “I’m really sorry for what happened. As a sign of my deepest apologies, please accept this small costume designed especially for the peeing boy statue”. 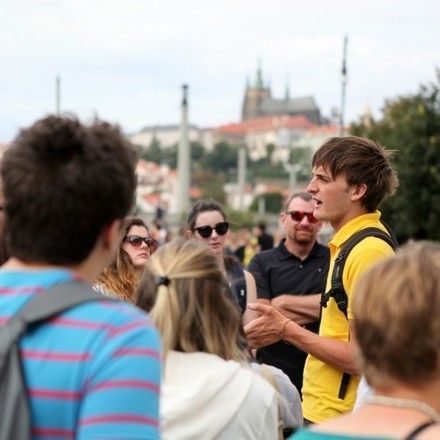 Personalization: include your personal touch

We recommend including personal stories to give a more human touch to your explanations. For example: “This place is very special to me too since this is where my grandparents met” or “I love this place and I highly recommend taking a picture with this angle. I tell you that because I did it and Facebook recently reminded me that was that picture that got most likes in 2017!”.

Use metaphors: take explanations out of context

Take explanations out of context by making references to things that all travelers know. For example: “This traditional celebration is very similar and just as important as Christmas to us.”

For example, a guru in Dubrovnik tells us: “In the old days, the type of earring a woman would wear had a meaning. It said if she was single, engaged, widowed, etc. it was like the Facebook of that time!” Another example, in Porto, a guide tells of a statue that she said represented the #metoo movement of that time or that the king took his Ryanair flight instead of saying that he traveled. In Athens, a guru explains: “Greek culture is like Latin culture, … des-pa-cito!” referring to the famous song.

Exceeding expectations: How to surprise travelers?

“The tour was okay, interesting but nothing special”. This is a real opinion of a traveler from our platform. The problem here: The guru failed to exceed the traveler’s expectations. In order to achieve this, you need to surprise travelers throughout the tour. Not only will it increase their satisfaction, but also the money you receive! In this post we give you all our best secrets!

At the beginning of the tour

You can do it at any point during your tour. So let’s start with the beginning of the tour! The aim is to get your travelers interested from the very start of the tour.

We have a guru who has completely turned his experience around so that it’s not a guided tour, but a treasure hunt. “Guys, I found this box, but we can’t open it without knowing the code to the combination lock! On my way to the tour, I met an old man who gave me this map that covers the entire old town where we can get clues to open the box. Do you want to join me on this adventure? ”

We have another guru in Athens who asks travelers to close their eyes when starting the tour, as you would in a yoga session, to return together to the beginning of the city’s history.

At the beginning of one of your stops

It has the same goal: to get your travelers curious about what you will share with them.

We have gurus that surprise travelers with a wonderful view of the sea or the city that they didn’t expect. 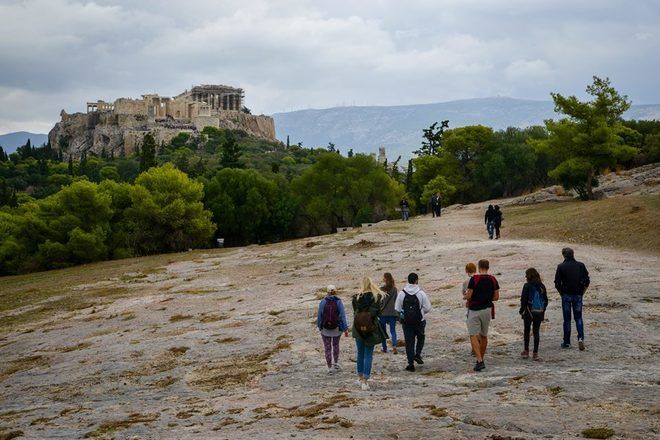 You can start with sentences that catch travelers’ attention and need more information, likes “She didn’t want to die” or “Sometimes love makes us choose crazy decisions”. Another good example is from a guru in Medellín who says “I have to confess, I have a lover … it’s called the bicycle.” And then he explains the importance of cycling in the city.

It helps to keep travelers’ attention during your explanations.

You can say something like “Take a good look at that, because later you will understand why it is so important.” In Italy, we have a guru that sings opera for a few minutes in order to suprise travelers.

Use your environment to bring your explanations to life. A picture is worth a thousand words and it’s going to surprise travelers much more as they can directly relate to the reality of what you’re telling them. Moreover, it allows you to save a lot of time on explanations. 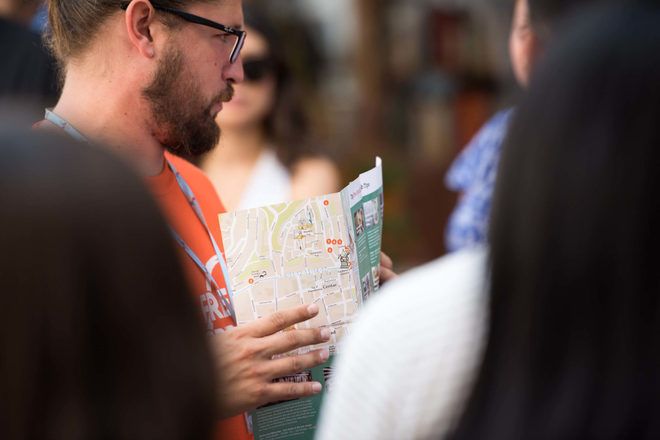 At the end of your stop

The goal is to get them curious for the next stop and keep your travelers hooked.

One way is to break your story up between 2 stops to give it more suspense. “So the plan was to destroy the city. The day had arrived but as you can see something did not work, otherwise we wouldn’t be here. What happened? I’ll explain it to you at the next stop ”.

But you can also achieve a “double effect”! If you say something like “Guys, now we are going to the next stop and I bet you a beer that you will find it very curious”. Well, travelers are going to be very surprised, first by what you said, and then by what they will discover at the next stop: boom!

I also used this technique on my tour in Brussels: